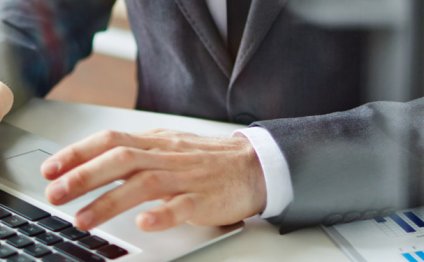 How did you move from the cath lab to creating a temporary staffing agency?

I started in diagnostic x-ray in 1994 and worked there for about 5 years, then moved to the cardiac cath lab after that. I left to work in industry for a number of closure device companies. I thought the glamour of sales was where I wanted to go. Yet, as I visited cath labs from Bakersfield all the way to San Diego, I saw one constant — a shortage of personnel, be it RNs, x-ray technologists or cardiovascular technologists for the cath lab.

I was having lunch one day at a cath lab as a staff tech and I shared my observations with my eventual business partner, Cindy Pacheco. Cindy is a registered nurse. She has 11 years of critical care experience with open heart patients and 8 years in the cardiac cath lab. Cindy suggested that I should start a temporary staffing firm. I told her that sounded like a great idea, but I needed a partner. She agreed, and it has worked out perfectly. We planned that I would handle the sales and marketing and she would take care of the licenses and billing. We did a year of research and in April 2002, launched Apex Staffing Service.

When you started out, was it just the two of you?

Yes. We both went down to part-time and were helping another local hospital that needed an RN and an x-ray tech. They needed staff, didn’t have time to train and we filled that spot. It was just Cindy and I for a good year, and it was a general partnership at that time.

You must have been working some crazy hours.

I can remember finishing a shift at our current staff position and racing over to the other hospital because we were on call. Sometimes we would get called in, leave one hospital at 5am, and then go to our regular job at 6am. It was very tough that first year.

How many employees do you have now?

We currently have approximately 50. That ranges anywhere from full-time work, 5 days a week with call, to a couple of people that pull a shift maybe one day a month. That’s the beauty of temporary staffing — flexibility.

How do you think that temporary staffing is perceived by hospitals and administration?

That’s a great question. I’m glad you brought up the idea of perception, because one of my goals when we first started was to change the views of not only hospitals and staff, but also the employees we hired.

When I first worked in the cath lab and heard about “registry, ” I would see dollar signs and think, wow, they must be making lots of money. The money is good, but the tradeoff is you have to be flexible. Temporary staff are the first ones canceled, something I am very honest about with potential employees. It’s not a guaranteed 40 hours. I tell our staff, you may have a lot of work for one month, but save your money, because next month you might have a day off here and there. Our employees know that the summers are usually the busiest and the winters are a little slower.

I love talking to CEOs, directors and managers. Our view from day one was not to go in, work as much as we can, mess up the bottom line of the hospital’s budget and then leave after 6 months. Instead, we wanted to establish a good, working business relationship. The first thing was not to promise anything we couldn’t deliver. At that time, we didn’t have a lot of nurses, so I was upfront with hospitals, letting them know that we have a few nurses, but we’re strong in x-ray techs and CVTs. Second, we wanted to focus on building a long-term relationship. I suggested that hospitals only call us for a sick call, if someone goes out on maternity or medical leave, or if someone leaves altogether. We can bridge that gap and even help train if the new staff member is new to the cath lab. Then, call us when you need us. No pressure or guilt if they do not use us. This approach was new to a lot of managers, because they were used to having temporary staff come in and if the hospital had to cancel, then the company would get upset. We don’t operate that way, and I think that’s how we’ve been able to be as successful as we have been.

How often do you have your staff hired into hospitals on a permanent basis?

It happens, but not that often. We also do permanent placement, so there is a placement fee. We try to have employee retention so we offer medical, dental, 401k, and we’re looking at providing paid time off, so we’re trying to do whatever we can to retain our employees.

You mentioned Apex used to be heavier on the x-ray tech side and lighter on the RN side. Is that still the case?

No, we’ve done extensive recruiting. We do local advertising here in Southern California and have also placed ads in national periodicals. We have staff that have moved to California from different states and we have successfully placed them.

Many travelers note that it is important to remember that something in a lab can be done a hundred different ways.

Definitely. We hire knowledgeable people in the field, but what I see as most challenging is personality. You can have a lot of technical ability, but if you don’t know how to be a team player, then you are not going to do well. When people come on board, whether they’ve done travel or temporary work before or not, I tell them, first, it’s important to assimilate. I use an old saying, “Worship the god before you, ” which means however the lab does their cases and patients, that’s how you do it too. As long as you are not putting the patient in harm’s way, it needs to be done the way they do it. There’s probably a dozen different ways of doing the same thing but taking care of the patient safely is of utmost importance.

Do you have any tips to offer hospitals on how to handle their relationship with a staffing agency?

My first suggestion, whether it’s with us or any staffing agency, is to be open. Sit down together and explain to the staffing agency what it is you need. It probably doesn’t take more than 10 minutes to find out if the company can actually help you. Second, can they deliver on what they promise? In southern California, there are many temporary staffing firms with anywhere from 1 to 10 employees who can work to cover a few local hospitals. Larger agencies have more staff, have proven themselves to be stable and usually offer other services. These smaller agencies may charge less, but you run into the challenges of them not being able to fill a request, having the proper insurances, etc. My third piece of advice would be to use that company or their staff only as you need them. Don’t feel obligated. I would also like to suggest using the phrase “healthcare staffing firm” (instead of registry). In fact, that is the phrase used in the Joint Commission statutes.

It is my hope that by offering a partnership approach, we can positively affect the perceptions of hospitals and administrations, one hospital at a time. I know that sounds corny, but I truly believe we can accomplish that.

Have you seen the need for temporary staffing increase over time?

Well, with the economy as it is right now, quite a few hospitals are tightening their belts, so to speak, and deciding not to use temporary staffing. But how do you staff when you have a third room and only two extra people? You need at least a third or fourth team member, and that’s where we can help. In the beginning of 2009, our numbers were down as far as requests, but it has slowly picked up, partly because cath labs typically do generate a profit for hospitals, doctors cannot do cases without a full team and some hospitals have opened up new cath labs.

The Joint Commission offers certification to staffing firms. Have you participated in this process?

Yes. In fact, on February 2, 2009, we were visited by a Joint Commission auditor for certification. Our hard work has paid off and I’m very happy to say we passed with flying colors. 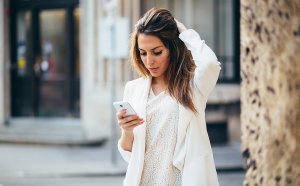 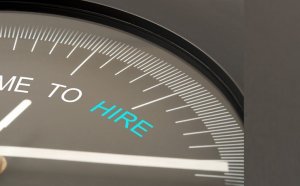