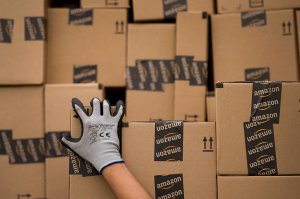 In what’s set to be a showdown of employee theft versus worker rights, the U.S. Supreme Court on Wednesday will hear arguments in a war between workers and warehousing firm Integrity Staffing Solutions, which provides storage and order fulfillment services for companies like Amazon.

The oral argument will address whether former Integrity employees who worked in an Amazon warehouse in Nevada should be paid for the time they spent waiting to pass through metal detectors after their shifts. The case stems from a class action lawsuit filed in 2010 that argued that these workers deserve back pay for the 10 to 15 minutes per day they spent in line for security checks aimed at reducing employee theft.

Integrity, which will be represented by powerhouse lawyer Paul Clement of the Bancroft firm, argues that the security screenings are like other tasks, such as waiting to punch the clock or walking to or from the workplace, that are not deserving of compensation under the Fair Labor Standards Act.

The FLSA, first passed in 1938, guarantees that workers receive minimum wage and overtime pay. And since 1947—thanks to an amendment known as the Portal-to-Portal Act that followed a 1946 Supreme Court decision—the law has also specified that workers can only be paid for activities that benefit the employer.

The Portal-to-Portal Act prohibits pay for “activities which are preliminary to or post-liminary to [a worker’s] principal activity or activities” and time workers spend getting to and from the place where they’ll perform that “principal activity.” Tasks that fall into a gray area have become the subject of Supreme Court cases. Last term, for instance, the nation’s top court determined that workers did not deserve pay for time spent donning special uniforms.

The Integrity case wound up before the Supreme Court following an April 2013 decision by the Ninth Circuit Court of Appeals that sided with the workers. The appeals court found that “the security clearances are necessary to employees’ primary work as warehouse employees” and that the checks are “done for [Integrity’s] benefit.”

In its appeal of that decision on Wednesday, Integrity will get a boost from the U.S. government, which filed an amicus brief supporting the contractor and will have a chance to voice its argument before the court.

In its amicus brief, the government argued that workers should not be paid for their security line time because the post-shift screenings are not integral and indispensable to the work performed by the warehouse employees. The “exit screenings are similar to a requirement that an employee check out after a shift has ended, ” the government said, and the post-liminary task of checking out or waiting in line to do so is non-compensable under federal regulations. “The extra scrutiny associated with having a guard, as part of the process of the employee’s departure from the premises, look into an employee’s bag or look at items removed from the employee’s pockets does not fundamentally change the nature of the checking out process, ” according to the brief.

The Supreme Court’s decision in the case could have implications that go far beyond the former Integrity workers. An amicus brief by the Retail Litigation Center, an organization that advocates for retail companies, and the Chamber of Commerce says that the Ninth Circuit’s decision in 2013 in favor of the workers prompted other Amazon workers to launch legal challenges to security lines and led employees of companies like CVS, Apple, and TJX to file copycat lawsuits seeking hundreds of millions of dollars from employers. The group has asked the Supreme Court to overturn the Ninth Circuit’s decision, which they claim has “created legal uncertainty and enormous potential financial liability for thousands of employers.” 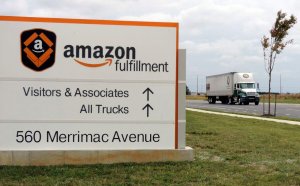 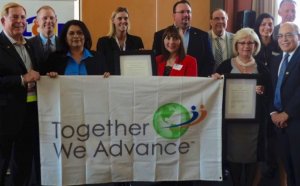 Where talent and jobs meet. Your neighborhood staffing provider has grown into a $100 million dollar national firm that employs…