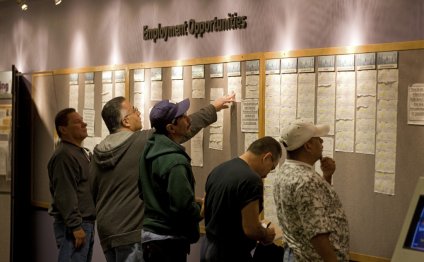 Know a lot about this month’s topic, but I rarely write about it. I'm an executive recruiter, and I try to avoid leaving the impression that I encourage people to use a recruiting company. And in fact, I'm not trying to do that, because I’ve never seen anyone who is searching for an entry-level job get much value from headhunters.

But a couple of weeks ago, I gave a presentation at a topflight career symposium conducted by three major institutions in New York City. There, a presenter contradicted some advice I gave during my keynote presentation. He said at the meeting that he found his first position via a recruiter.

His experience persuaded me to take a fresh look at the topic, presenting the pros and cons of using a recruiter as I see them. I promise to be as objective as I can. Even if recruiters are not important for entry-level jobs, knowing how the executive-recruiting business works can only help.

This leaves a great big pile of open positions, in companies large and small, that aren't easy to find and apply for. One way experienced industry people access this hidden job market is via third-party recruiters, independent “headhunters” like me who help employers fill hard-to-fill positions. Although the recruiter’s official client is always a company, a lot of industry scientists keep the names of a few recruiters in their Rolodex, and for good reason. Headhunters give them access to jobs they wouldn't learn about otherwise.

But headhunters focus on high-level, or at least mid-level, jobs. Can they be useful for entry-level job seekers, too? And is there a downside to working with a recruiter for more junior scientists? To understand the answers to these questions, you’ll need to know more about the recruitment industry and how it works.

The varieties of recruiting companies

People employed as everything from contract résumé writers to low-level clerks in human resources departments are sometimes referred to as “recruiters.”

Of course, a few recruiters work directly for companies. To avoid confusion, let's call these human resources contacts. I'm not considering them in this article. I'm writing about third-party companies that are paid to approach job candidates on behalf of a potential employer. Although some people call them headhunters, most industry insiders use the term “executive recruiter.”

There's one kind of company you should watch out for. I call them "résumé mailers" because that's basically what they do: They scoop up résumés and curricula vitae (CVs) from Web sites and circulate them to companies, hoping to collect a fee from an employer. At first glance, they may not appear that different from legitimate executive recruiters, but these folks are sending out your résumé without your consent.

Contingency recruiters can work in a variety of ways but always on a “pay after hire” basis. They are paid a fee equivalent to 20% to 25% of the hired person’s first year's salary but only when the hire is completed.

Retained executive recruiters are paid for their work-typically 25% to 33% of a year's salary for each open position they take on-regardless of whether the position is filled. The word "executive" doesn't mean that they recruit only executives; they recruit scientists as well but-as I've already said-generally at the senior level. As an entry-level scientist, you're unlikely to encounter these folks.

Recruiters work in a Wild West atmosphere. Few laws govern their conduct and their relationships with candidates. "Résumé mailers" are the best example of this; they're just throwing stuff against the wall and hoping it sticks. Separating the legitimate and illegitimate is tricky for entry-level scientists.

A bounty on your head

Recruiting fees for contingency recruiters-the only kind you're likely to encounter-are substantial. In fact, these fees are sometimes high enough to impact your desirability with certain employers who are looking at candidates from many sources.

That’s why it's important to be certain that anyone you give permission to contact you about assignments will respect your wishes once they have your CV. When they approach an employer about an open position on your behalf, you get more expensive. Before you work with a recruiter, you want to make sure it's a respectable, and respectful, recruiter.

When approached by a recruiter about a job, listen carefully. How well do they know the client company? Does she sound as though she has a grasp of your science? A recruiter does not have to be a molecular biologist to recruit molecular biologists. In fact, that can even get in the way. What they do need is an understanding of the skills and abilities the employer is seeking, something more than simply reading off a list of techniques.

There’s an important question you need to ask any recruiter who approaches you and a promise you need to extract from him or her that shows the recruiter’s respect and professionalism. First the question:

“Are you the company’s sole source for filling the position?” You’d like to know if there is a real connection, a real commitment, between recruiter and client. You don’t want to work with a rookie who spotted an ad in last Sunday’s paper.

“I’m interested. I’ll send you my CV if I have your commitment that before it gets sent to any company, you will contact me and we can discuss the opportunity. That way, I can keep my job search focused and know where my credentials have been presented.”