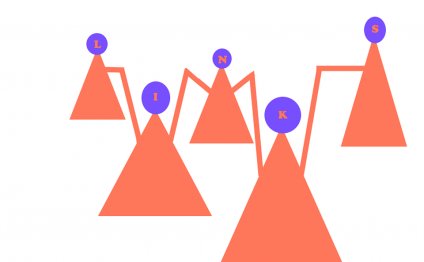 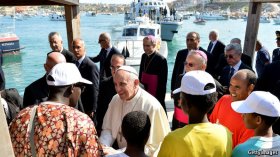 SINCE Pope Francis took office three years ago, the Vatican has had a lot to say about the most wretched inhabitants of the earth, and not just in vague platitudes. It has singled out a handful of global woes for attention, notably climate change, people-trafficking and slavery. As explained in aErasmus posting, there is a personal story behind this mixture of subjects: all are a particular concern of one of the pontiff's most senior advisers, Bishop Marcelo Sanchez Sorondo, a fellow Argentine who oversees both the Pontifical Academy of Sciences and the Pontifical Academy of Social Sciences.

And there are, of course, more substantial reasons for making such a connection. Environmental degradation isn't the only cause of forced migration, but it is certainly a contributing factor. In Africa, for example, desertification sharpens local conflicts, as well as ruining livelihoods, and this forces people to flee. Slavery doesn't always involve moving people long distances under duress, but it often does. The migrants who resort to people-traffickers to facilitate their journeys to richer places may not literally be slaves, but their situation is often pretty close to that. Bishop Sanchez puts the linkage very simply: "Global warming is one of the main causes of poverty, which makes people vulnerable to traffickers who exploit them, and at risk of forced labour." The number of people in the world who are literally slaves has been estimated at between 21m and 36m, including 5.5m children; millions more work under different degrees of coercion.

In the words of an American economist who has been closely involved with the papacy's initiatives, the Vatican sees "exploitation of people and exploitation of the planet" as twin crises which stem from the same "malevolent mindset" that sees human beings and the physical environment as expendable and is bent on the "cheap commodification" of people and nature.

A sceptical observer might add that this choice of topics elegantly avoids the areas where religious and non-religious approaches diverge: over-population and reproduction, for example. But at a gathering at the Holy See on Friday, involving the worlds of academics, the private sector, NGOs and the United Nations, the Vatican found plenty of people from way outside its own ranks who thought its linkage of subjects was a fair one. One was Rani Hong, a survivor of child trafficking who later founded an NGO, the Tronie Foundation, to fight for fellow victims; she urged the papacy to harness the business world in the anti-slavery battle. She wants to establish a global standard or "freedom seal" by which firms and other organisations can certify that no slave or bonded labour has been involved in their supply chain.

With both climate change and human trafficking, markets as currently regulated fail to price in the full costs of production of the goods being consumed. They deliver unsustainable short-term profits for some at the expense of the long-term welfare of humanity...The challenge is to change market norms so as to price those long-term costs in. That's not easy because there are many vested interests in the status quo...[but] business leaders have a role to play here. Without their principled leadership the possibility and benefits of a longer-term business strategy won't be made clear.

Nothing world-shattering happened on Friday: it was agreed that each of the constituencies represented (business, governments, the media and civil society) would come up with an action plan and report to the Pontifical Academy later in the year.