His daughter, Tonya Scroggins, wants to know why nothing has been done to allow pedestrians to safely cross the busy street.

The 72-year-old Scroggins was one three pedestrians killed while trying to cross the busy street since 2014. Last month, a 46-year-old Elkhart man was struck crossing the street near Between the Buns restaurant.

“How many people have to die trying to cross Cassopolis Street before they do something?” Tonya Scroggins asked.

She believes the speed limit on Cassopolis Street should be reduced and a couple stoplights should be added to give pedestrians a safe area to cross. Between Bristol Street and C.R. 6, there are no stoplights for a 1.5-mile stretch and no crosswalks for more than two miles.

Scroggins said she was told that her father was at fault for the March 22, 2014, accident near Peoplelink Staffing and Malibu Tanning.

“He was cited for being in the wrong for crossing the road, ” she said. “How are you going to get to the other side? There’s no crosswalks.”

Scroggins still questions why her father was hit and killed in the first place.

“My father was OCD and I know that if looked once to cross that road, he looked 20 times. He is not a runner. He’s not quick. He would have crossed when he knew he had ample time, ” she said.

The Elkhart woman said she was contacted about a month or two after her father’s death by a man on some type of safety or planning commission.

“(He) asked if he could use my father’s information from his incident in a meeting to try help bring crosswalks and sidewalks to Cassopolis Street, ” Scroggins said. “I said, yes, he could. I never heard anything back and we still have no crosswalks. We still have no sidewalks.”

She is not certain why nothing has been to done to make Cassopolis Street safer for pedestrians. Maybe the city wants to keep traffic flowing to the Indiana Toll Road, but a couple of stoplights would benefit so many people, Scroggins said.

“If there’s all the business, all the hotels, all the restaurants and things like that are attracting people, it needs to be people safe, pedestrian safe. Otherwise, what’s the use? It’s a death trap unless you’re in your vehicle, ” she said.

Scroggins wonders why the businesses themselves haven’t rallied to make it safer for pedestrians. More foot traffic could mean more business for all the shops, restaurants and stores on the busy street, she said. 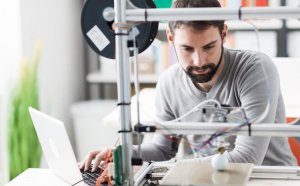 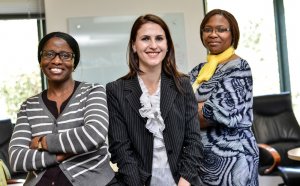 We are committed to providing the personal touch, one-on-one dedication, and the time and support that our clients and candidates…