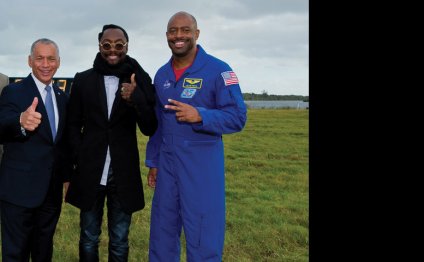 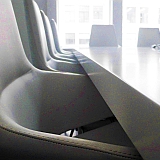 Here are a lot of misconceptions about jobs in companies, and this month, I'm going to debunk a few of the most popular ones. You will probably recognize some or all of these myths. You may have heard them from lab mates, classmates, or maybe even advisers or other faculty members. Those faculty members, who generally have no real experience with careers outside of academia, probably aren't aware they are passing along misinformation. They may think they are doing you a favor by giving you what they think is good advice.

Yes, there are considerable culture differences between academia and industry. But there are lots of similarities as well, and this Tooling Up column will show you a few areas where the reality of day-to-day life in industry just doesn't jibe with the myths you may have heard in your lab.

Don't dismiss the work that goes on in industry; there's huge competition there, and average or poor-quality science doesn't win the race to the next new product.

Myth #1: The quality of industry science is poor

Halfway through a 10-minute curriculum vitae review session at a national meeting, one new graduate said to me, "My adviser told me the work done in industry is very superficial and that industry scientists are generally those who failed at an academic career." I knew it would be impossible to refute something told to him by a trusted mentor in our allotted time, so I connected him with a scientist friend who had made an academia-to-industry move 2 years earlier.

My friend, who has a distinguished record of publications, wrote to the student describing his experiences and copied me on the exchange. I can't say it better than he did at the time:

During my interviews, I was very pleased at the quality of the staff here and what I heard about the work. But when I accepted the offer, and became privy to the details of their investigations, I was absolutely blown away by the quality of the science, and more importantly by the brainpower I was able to tap around me. It's one thing to work in a lab of terrific immunologists at the university, but here I had a team of brilliant biologists, engineers, and IT professionals, along with a budget for my research that made it considerably easier to tap the core laboratory equipment that we rarely had access to in academia. It's a real misconception that science is second-rate in industry. It's just different.

Just as the quality of science differs among universities and the labs within them, the quality of industry science depends on the company you apply to. But don't dismiss the work that goes on in industry; there's huge competition there, and average or poor-quality science doesn't win the race to the next new product.

Myth #2: You have no scientific freedom in industry

If you're a recent Ph.D. graduate, you probably experienced a great deal of self-direction in your academic life. You may have done months of research before selecting the question that would later become your thesis topic. During the following years, you had several opportunities to pursue that question further or to change directions.

The freedom to direct your scientific curiosity into any nook or cranny is a key attraction of an academic research career. This freedom also exists outside of academia-but in the context of goal-directed research. Although you may not be able to drift off on a tangential research project that has no bearing on the company's goals, you will be asked to use your intelligence and vision in planning every step of your work.

Ken Flanagan is a research scientist with Elan Pharmaceuticals in South San Francisco, California. Ken has two roles in the company-one in a very creative, exploratory research program and the other supporting a project team. In both of these, Flanagan's experience is that he's had just as much scientific freedom in industry as he did in his graduate education.

"I'm loving both of my roles. In one, I was given the opportunity to look for new drug targets, and I'm now moving a discovery into a project proposal. In the other, I've been asked to design assays that support another team, " Flanagan says. "Both tasks allow me the complete freedom to take whatever ideas I bring to the table and to develop them as I see fit."

If you can write a project proposal in industry or a grant application in academia, you are exercising scientific freedom. There's much more similarity between industry and academia than you may realize.

Myth #3: You can't publish in industry

"When I talk to academic scientists, they are often surprised to hear that I have continued to publish after moving from academia to industry, " says Kevin Foley, a director in drug discovery research at Synta Pharmaceuticals, a 130-employee company in Lexington, Massachusetts. "Small companies ... tend to publish more aggressively than large companies, particularly early in their growth cycle, because it helps to validate their technology for investors. But both large and small companies recognize that their employees often have a desire to publish their work, so they generally let that happen as a perk as long as it doesn't take too much time or hurt the competitive position of the company."

Although there are differences in the way individual companies view employee publications, all have the same concerns. No publication can take place before a patent application is filed for any bit of science that could lead to a patent. Well-managed companies know when publishing is not a good idea because it can "enable the competition, " Foley says. And some topics are so hot that they are treated as "trade secrets" and never published at all. Companies seek to balance their intellectual-property security with the advantages of publishing: technology validation, and the professional development of their scientific staff.

It is true, however, that your success in a company won't be measured by your number of publications. "Smart employees recognize that their advancement within a company, as well as their next job working for a different company, are no longer dependent upon how much they have published. Instead, it's whether or not they've helped the company meet its goals. Seeing a drug that you helped develop actually being used to treat terminally ill patients is what it is all about. I'll take that over a Science or Nature publication any day, " Foley says.

Myth #4: There is no job security in industry

"I'd never be comfortable in an environment where you could lose your job in a heartbeat, not for anything you did wrong-but simply because the employer has to downsize, " said a visitor recently on the AAAS/Science Careers Discussion Forum.

That's a very common issue for those who see the benefits of tenure on the academic career ladder. Although I'd like to remind readers that the face of tenure is changing and that jobs are not as secure on that ladder as they were in the past, there is indeed a lot of job flux in positions outside of the ivory tower. But the whole issue of "stability" in industry may require a rethink.

Jobs in the Steel Industry - Careers at Tata Steel

Stacie Bloom on Leaving Academia for a Science Industry Job Find a 2016 computer science Entry-level Job in Indianapolis, IN. Are you interested in pursuing entry-level jobs in computer… Employment is tough to find for most people. Jobs exist in certain career fields. If you’re a waiter-waitress, nurse or other…