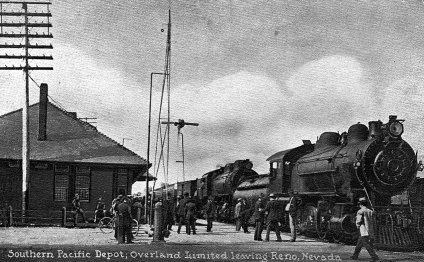 The Supreme Court is very fond of hypothetical scenarios; the Justices can turn complex legal questions into more easily grasped situations. Could the question of an employer’s duty to pay overtime for extra chores be made simpler than this: a federal judge orders his law clerks to come to work early, to cut his grapefruit and prepare the rest of his breakfast. Should the clerks get extra pay?

That was Justice Elena Kagan’s offering — she said it came from real life but did not otherwise cite her source — as the Court on Wednesday heard the overtime-pay case of Integrity Staffing Solutions v. Busk. It is about a claim by workers at Nevada warehouses who fill orders for Amazon.com customers for added pay for the extra, after-hours time they spend being screened to make sure they haven’t stolen anything from the shelves or the bins. (Euphemistically, the procedure is called “inventory control.”)

As the argument unfolded, the Court was being pulled by three lawyers between two opposite legal positions. The first is that this particular kind of security screening is simply part of the process of going out the door at the end of the shift, like clocking out, and so no extra pay should be due. Second, that kind of added assignment is required by the employer and for the company’s benefit, so it is part of the job and should earn more pay.

But Justice after Justice preferred to address those alternatives through imagined (or, in Justice Kagan’s case, apparently real-life) scenarios in order to get at the scope of an employer’s legal obligations under federal wage-and-hour law. The result was, in fact, a far more entertaining hour than if the Court had stayed focused on what is “integral and indispensable” to a worker’s “primary activities.”

Paul C. Clement, a Washington, D.C., lawyer well known to the Court (he was making his seventh-fifth appearance at the lectern), spent most of his time trying to convince the Justices that security screening is simply part of “egress” — or, in lay terms, leaving the workplace for the day. No extra pay is due for punching the time clock out, he noted, so the same should be true for emptying one’s pockets at the end of the work shift.

Basically, the same argument was made on behalf of the federal government, which is backing the employer in this case. Curtis E. Gannon, an assistant to the U.S. Solicitor General, was a bit stumped when Justice Ruth Bader Ginsburg asked him to give some examples to illustrate a point he had made in his brief — that some forms of security screening might qualify for extra pay. He said he had none in mind. Otherwise, he stayed to the out-the-door interpretation that Clement had pressed.

Before Justice Kagan got to the grapefruit-and-breakfast hypothetical in questioning Gannon, she left Clement a bit uncertain in answering whether extra pay would be due for a casino employee or store clerk at a cash register, or a bank teller, reporting after hours to a manager as part of an anti-theft policy. Clement seemed to concede that that might be a closer case than that of the screened warehouse workers.

When Gannon was up, he readily conceded that preparing a judge’s breakfast should be “compensable” for the exploited law clerks. That, he said dryly, was not linked to their work — although perhaps the judge might well have insisted upon it.

As those two lawyers’ presentations moved on, it appeared that the Justices (except, primarily, Justice Antonin Scalia) were growing more skeptical of what Justice Kagan would dismissively call “basically, a door test” — as in getting out the door at the end of the shift.

When the warehouse workers’ lawyer, Reno attorney Mark R. Thierman, took the lectern, he made an effort to simplify the issues. The Court should start, he said, with the question “Is this work?” If the answer to that is yes, then ask: “Is it for the employer’s benefit?” If the answer to that is yes, that’s as far as the Court needs to go: the task is deserving of extra pay. It would never be necessary to answer whether the added task was closely enough tied to the worker’s “primary activity, ” he said.

But Justice Samuel A. Alito, Jr., promptly asked: If the Court disagreed with him on that point, did he lose? Thierman waffled a bit, but then answered that the core of the workers’ argument was the benefit-of-the-employer point.

When Justice Scalia asked him about preparing grapefruit for the judge, the lawyer said that surely would be deserving of more pay, because the judge required it.

Thierman’s argument seemed to grow stronger the longer it went, and he made what might be a telling point in noting that, in this case, the workers actually had punched out for the day before the screening began. That meant a break in their work pattern, and they had to stay on in order to empty their pockets and go through a metal detector. “Checkout is completely finished” when that happens, he said. If “one straw is added on top of checkout, ” he said colorfully, that’s deserving of added pay.

“Employers, ” he said, “make people do all kinds of things that don’t make sense, ” and that should be a part of the legal understanding about paying for what one demands. “If an employer tells you to stay at work until 8 o’clock at night, you stay, ” he said, but you are entitled to pay for the added time, even if you aren’t doing a thing. 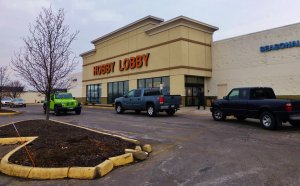 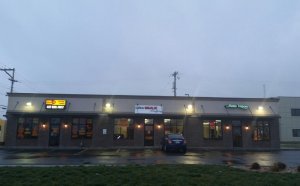