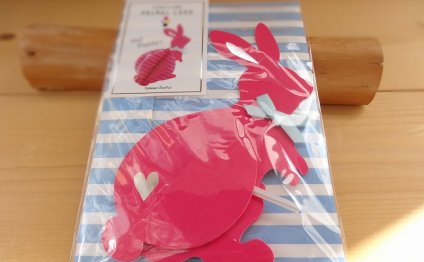 When building up their research groups, principal investigators (PIs) have to make decisions about who to staff it with. Should they tilt the balance toward graduate students? Postdocs? Technicians? The goal, of course, is to maximize productivity—and now a study quantifies the impact of each of these categories of workers on laboratories’ output.

Strategic management researchers Annamaria Conti of the Georgia Institute of Technology in Atlanta and Christopher Liu of the University of Toronto in Canada conducted the study; the results were last month in the journal Research Policy. Drawing on annual reports from one elite department—the biology department of the Massachusetts Institute of Technology (MIT), where Liu was formerly a graduate student—Liu and Conti put together a dataset of 119 PIs and 5694 laboratory members from 1966 to 2000. Using the MEDLINE database, they compiled publication records for each lab. Altogether, the labs produced 7844 papers—of which about 15% were published in Science, Nature, or Cell (SNC).

For the PIs doing the hiring, 'it’s not just larger is better.' Using regression analysis, the authors found that the bigger labs in their dataset were more productive in terms of the overall number of papers published per year. For the average-sized laboratory in the study—roughly five postdocs, three graduate students, and two technicians—adding one lab member was correlated with an extra quarter publication. As lab size increased, productivity continued to go up but at a slower and slower rate. Once the lab size reached 25, adding new people was counterproductive.

Not all new employees were found to have the same impact, however. An extra postdoc in an average-sized lab added 0.31 publications, whereas an extra graduate student meant only an extra 0.14 (bearing in mind that these are suggestive correlations with no clear implication of cause and effect). Among postdocs, postdoctoral fellows—those with actual fellowships—added more productivity than grant-supported postdocs did (0.29 versus 0.19). Extra technicians, the authors found, did not correlate with extra publications.

Liu and Conti separated out publications in SNC and looked at the likelihood of publishing in those high-impact journals over the duration of a year. Again, they found that the bigger labs published more often. In a lab of average size, hiring an extra lab member, irrespective of position, increased the likelihood that the lab would produce an SNC publication by 8%. For SNC publications, hiring more people started being counterproductive when the lab hit 22 staffers.

While graduate students had less apparent impact than postdocs on overall publication counts, they increased the likelihood of publications in these high-impact journals just as much as postdocs did. Furthermore, postdocs’ contribution to SNC papers was attributable entirely to postdoctoral fellows: Adding another employee-postdoc—one without a fellowship—did not increase the probability of an SNC publication at all. Technicians seem important, though, for SNC publications: Adding an extra technician in the average lab was equivalent to adding either a postdoc or a graduate student.

What are the study’s implications? For the PIs doing the hiring, “it’s not just larger is better, ” Liu says. PIs “need to think about the composition, how … grad students, postdocs, and technicians … might make different contributions to the publication output, ” he adds. “People at different training stages make different contributions … but it’s not that they’re less productive. They just have different productivity in different projects, ” Liu argues. PIs may want to “think of it as portfolio management: If they only try very risky … home runs, that can be very dangerous, so they do need to try to balance between those types of publications.” Hence, a balance of different personnel types makes sense, he implies.

The study does not tease out the reasons behind the lab members’ differing contributions, but Liu is willing to speculate. As he sees it, graduate students may contribute more to breakthrough publications because they are in a better position to work on longer, riskier, and potentially more impactful projects. Alternatively, PIs may be able to sell graduate students on riskier projects, he adds, “because they like crazy stuff or they are naïve.” As for technicians, who show a productivity pattern similar to graduate students (for SNC journals), their condition as salaried support staff may allow them to work on high-risk projects that no one else is willing to take on or to drop their own tasks to help other lab members in a competitive race, Liu says.

Theranos blood labs under fresh scrutiny on staffing and ...