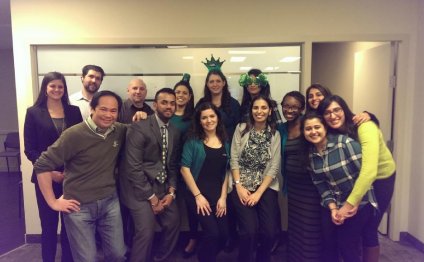 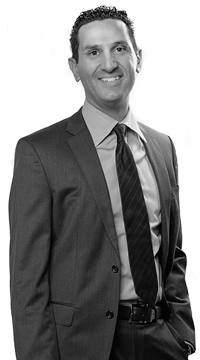 Frank Cianciulli was born and raised in Toronto, Ontario. He holds a Bachelor in History and Political Science from York University (1997). In 2001, with six years of conferencing expertise under his belt, Frank co-founded and established Enunciate Conferencing. By design, this company would not only provision traditional conferencing services, but would also introduce next generation conferencing and collaboration services in anticipation of future market demands. Enunciate started off with the single most fundamental conferencing product of that time (reservationless audio conferencing), perfected it and then proceeded to launch one successful product after another. Within five years, Enunciate launched nine collaboration products founded upon leading-edge technology and impeccable customer service.

Enunciate has been ISO 9001-2000 certified since 2003 and was the first conferencing provider in the world to attain ISO Certification, setting the bar for other CSPs. In 2007, Enunciate was named one of the Top 20 Best Small and Medium Employers in Canada. Queen’s School of Business and Hewitt Associates ranked companies according to survey results, which were based upon employee opinions, organization practices and perspectives of the organizations’ leadership teams. In 2004 and 2005 Enunciate was listed as one of Profit Magazine’s “Hot 50” Canadian companies.

In addition, Frank was named one of Canada’s Top 40 Under 40™ for 2006, which was presented by Caldwell Partners International and officially announced by the Global and Mail. He also received the 2007 New Generation Business Excellence Award from the Italian Chamber of Commerce of Toronto. In 2006, Frank Cianciulli, won the Ernst & Young Entrepreneur of the Year Award (Emerging Entrepreneur – Ontario), in recognition of his extraordinary success at innovation, company development, financial performance, and personal commitment to his businesses and his community. Frank was also awarded York University’s prestigious Bryden Award for Innovation in 2008.

With the intention of replicating Enunciate’s success, Frank co-founded PEOPLEsource Staffing Solutions with long-time friend and trusted colleague John Nalli. PEOPLEsource opened its doors in September 2003 and quickly put its expansion plan into motion. In three short years PEOPLEsource has grown from one branch office to six and has increased its gross revenue by over 300%. PEOPLEsource provides technology, engineering, finance, clerical and industrial staffing as well as on-site workforce management services. PEOPLEsource is one of the fastest growing recruiting firms in Canada and has placed on Profit Magazine’s “Hot 50” List in both 2006 and 2007. Peoplesource was also ranked number 9 as one of the best places to work in Canada in 2009 by the Best Places to Work Institute sponsored by the Globe & Mail. Peoplesource also ranked 8th on Profit Magazines 100 Fastest Growing Companies in 2009 as well.

Four short months after the launch of PEOPLEsource, Frank co-founded One Connect in January 2004. One Connect provisions business-class VoIP services to the Canadian market and currently serves 19 regions in the GTA. In June of 2004, he then proceeded to co-found Momentum Conferencing. Momentum Conferencing is a key conferencing player in Western Canada and the U.S., offering audio, video and web conferencing, as well as residential and commercial VoIP services. In 2006, Frank also became shareholder and Chairman of Healthscreen Solutions (MDU-TSX), a medical services company. Under Frank’s guidance as Chairman, Healthscreen earned the #1 spot on Profit Magazines “Hot 50” in 2007.

Frank is also Chairman & CEO of The Streaming Network, which he founded and launched in September 2006. The Streaming Network is a next-generation communications company that provides web streaming, hosting and distribution, IP video, and video email services. Its immediate focus is on the North American market with plans to expand into Europe, Australia and the Pacific Rim in the near future. Streaming Network also ranked 4th on Profit Magazine’s “Hot 50” in 2009 making it the 4th company in a row Frank has steered to fast growth. Frank is a serial entrepreneur, looking to invest in, acquire or spin off companies with the potential to surpass the competition and set new and/or higher expectations in the marketplace. 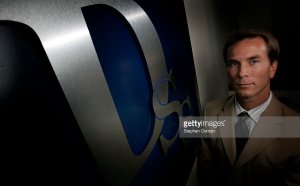 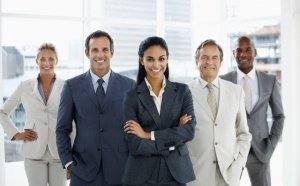